Home Reddit Chronicles My Take—Three Large Piles of Horse Manure Being Served Up by the... 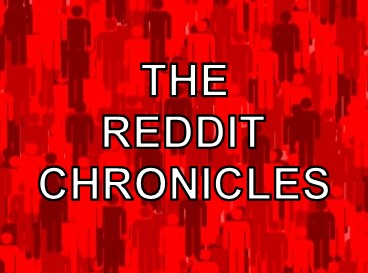 SAY WHAT?—Wait a second, it is a problem that Bernie wins blowout landslides in five consecutive states because caucuses tend to attract dedicated people? Isn’t that a good thing? Especially when at least four of the five caucuses are jam-packed with people and have long lines to attend? It shows that Bernie has tremendous amounts of enthusiastic support by people willing to work very hard to see Bernie succeed. For the general election having an army of tens or hundreds of thousands of volunteers in nearly every state ready to canvass and work tirelessly for Bernie is the ticket to victory.

And what does it say that Hillary is such an uninspiring candidate that her alleged supporters are unwilling to even caucus for her? In fact, in two of the five recent 2016 caucus states—Washington and Utah—her support fell sharply from what she had in 2008, even though in 2008 she was running against the supposedly tougher opponent, Barack Obama. It seems like a better explanation is that Hillary just has little, and perhaps dwindling, passionate support. That would be an issue getting a lot of attention if we had a credible news media that did not effectively get its marching orders from Clinton HQ.

Oh yeah, one other thing: how come when Hillary “won” the virtual tie in the Iowa caucus and a narrow-victory in the very low turnout Nevada caucus, not a peep was to be heard in the corporate news media about how irrelevant caucuses were? Instead, the main line of analysis of the corporate news media after Bernie’s 5 point loss in Nevada was that it was clear Bernie’s campaign was floundering and approaching death spiral. Seems like caucuses only matter when Hillary wins, even if by a whisker or with extremely low turnouts.

PILE NUMBER TWO—Bernie Does Well in States that are Mostly White, And Fails in More Diverse States Because He Does Not Have Appeal to People of Color SAY WHAT? Bernie is doing extremely well—even dominating—with Native Americans, Pacific Islanders, Muslim Americans, and Asian Americans. He has gained ground and is within eyesight of catching up with Hillary with Latinos. With apologies to MSNBC’s Joy Reid, Hawaii is not a white state. Just over 20 percent of the state’s population is white. Bernie’s 70 -29 blowout landslide win there last Saturday was accomplished overwhelmingly with non-white voters.

Bernie does have a ways to go with African-American voters, but here too he is making up ground. Bernie’s problem is far more that he is unknown than he is disliked. With African-Americans, Bernie is doing best among people under 40. He is having a difficult time with voters over 60. One suspects as African-Americans in northern states become more familiar with Bernie’s record his support will continue to grow. On issue after issue, on a commitment to civil rights and social justice that is unmatched, on a commitment to principle and personal integrity, Bernie is an outstanding candidate for many African-Americans. Especially those not beholden to the political establishment.

To hear the pundits on CNN and MSNBC talk, Bernie has some fundamental problem attracting African-American voters, like he was some sort of David Duke type dude. In their world Hillary will always get black votes because she has a connection to African-Americans and it is unbreakable. Well, Obama broke it in 2008, and it can be broken again. Or certainly softened. And there is no evidence whatsoever that a Democratic candidate Bernie Sanders would not do as well or better than any other Democrat in the general election—aside from Obama—against a Republican.

Far from being any sort of white supremacist, Bernie has battled racism and white supremacy his entire life, although living in Vermont certainly put him on the sidelines. It is a core part of his stump speech, and has been since even before the Black Lives Matters protests in the summer of 2015. This is why Bernie has attracted the support of many of the extraordinary African-Americans, including Ben Jealous, Cornel West, Spike Lee, Ta-Nahesi Coates, Adolph Reed, Jr., Harry Belafonte, Danny Glover, Rep. Keith Ellison, Angela Davis, Kareem Abdul-Jabbar, countless musicians, and many many more.

Indeed age and income may be better determinants than race for who likes Bernie and Hillary right now. In general, Hillary attracts older and richer people. Bernie, the opposite.

SAY WHAT? Wisconsin has always served as a watershed event in the Democratic Party’s primary schedule. Scheduled for the first Tuesday in April, it usually comes deep enough into the process that the field is whittled down to two or three serious players. Since 1960, when primaries become central to the nominating process, the winner there always has become the party’s nominee. (The only year that was not the case was 1968, when Gene McCarthy defeated President Lyndon B. Johnson, who had withdrawn from the race two days before the primary.)

In addition, Wisconsin is also exactly the sort of state a Democrat needs to win to win the White House. It is a state that is a nice cross-section of demographics found across the upper Midwest. If a candidate can win Wisconsin, the thinking has gone, the candidate can win the general election.

That has been its role historically.

In 2008, Barack Obama clobbered Hillary 58-41 and that pretty much put him in command for the nomination, though Hillary never got the memo.

In 2004, John Kerry defeated John Edwards 40-34 and pretty much iced the nomination.

In 1992, Bill Clinton edged Jerry Brown 37-34 and pretty much ended Brown’s chances at overtaking him.

In 1960, JFK defeated Hubert Humphrey 56-44 in the race historians believe made Kennedy a viable candidate and put him in the lead for the nomination.

So Wisconsin has always been a big deal, arguably the single most important primary. And it looked to be that way this year, too, until Hillary realized she might lose. Then the spin cycle went into propaganda overdrive and suddenly Wisconsin was no longer an indicator of anything important. It was an honorary caucus state, And, of course, the corporate news media has dutifully regurgitated the party line.

In fact, Wisconsin remains a very big deal in 2016, and there is reason to believe that whoever wins it, as has almost always been the case in the past, will be the party’s nominee. If Hillary was poised to win Wisconsin, this point would be emphasized ad nauseum in the corporate news media. If Hillary won Wisconsin, Bernie would be pronounced DOA across the entirely of the corporate news media. Wisconsin suddenly loses it importance, apparently, if Hillary loses.

My Take – Hillary Clinton is Sitting on a Corruption Time Bomb (NOT the email servers or Benghazi either) that will Eventually Explode.